With spectacular views of the harbour, Sydney’s much-loved Luna Park is a superbly restored 1930s amusement park where everyone goes, just for fun.

Take on crazy rides like the Tango Train or nostalgic favourites such as the beautifully restored Ferris Wheel. There’s even more fun and excitement to be had on the hilarious sideshow games. A trip to Luna Park just isn’t complete without trying your luck on the Laughing Clowns, Crazy Crooners or Goin’ Fishin’, there are fabulous prizes to be won for all.

Enjoy carnival favourites such as hot dogs, fairy floss, ice-creams and more. Salads, sandwiches, burgers, rotisserie chicken and more are available from the New Helter Skelter Cafe or if you feel like something more substantial or a cool drink why not drop into The Deck with its spectacular Harbour views. 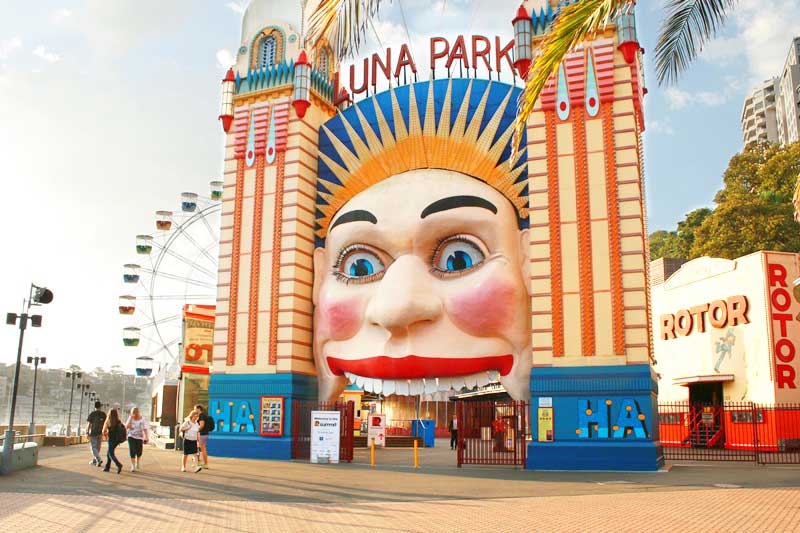 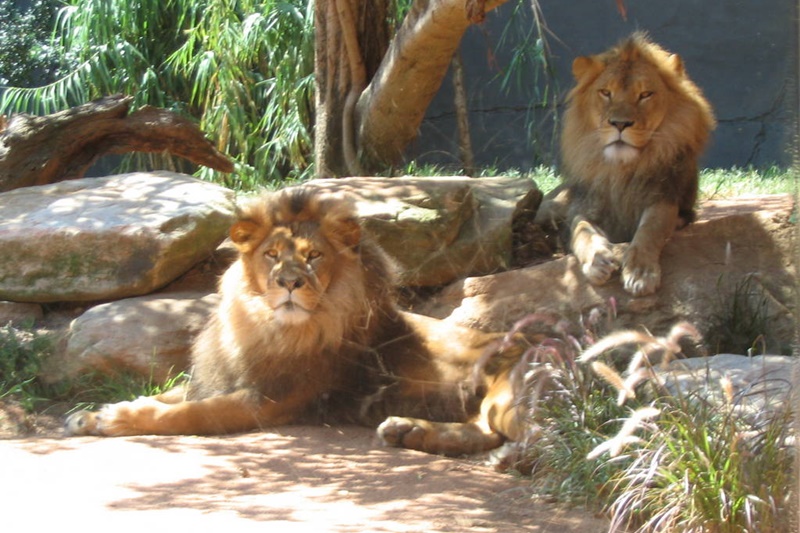 One of Sydney’s most famous attractions, the award winning Taronga Zoo is home to over 4,000 animals, including Australian native wildlife, as well as rare and endangered exotic animals. Overlooking the magnificent Sydney Harbour, Taronga Zoo is just 12 minutes from the city by ferry. Open 365 days a year, admission includes daily keeper talks and shows, and access to the Sky Safari, Sydney’s only cable car.

Enjoy the QBE Free-Flight Bird Show overlooking Sydney Harbour, featuring some of the world’s most spectacular birds and be delighted by the Daily Seal Show where Australian and Californian Sea-lions and the New Zealand Fur-seals will impress you with their grace and skill.

There’s always something to do in Chinatown, especially on the pedestrian thoroughfare of Dixon Street, but it really comes into its own during the spectacular Lunar New Year celebrations for the traditional Chinese, Korean, Vietnamese and Mongolian lunisolar calendar. Celebrations go on for weeks and everyone is welcome.

Enjoy world-class shows at the historic Capitol Theatre, a beautiful heritage-listed venue on Campbell Street, built from 1893-1928. Check out the exciting events calendar for musicals, ballet, comedy, concerts and other performances or sign up for a backstage tour of the theatre.

The shopping is fabulous, with malls, markets and arcades plus some of the best Asian supermarkets in Sydney. Shoppers flock to the famous Paddy’s Markets, which dates back to colonial times. Upstairs, Market City is home to factory outlets and World Square is filled with high street shops and restaurants. 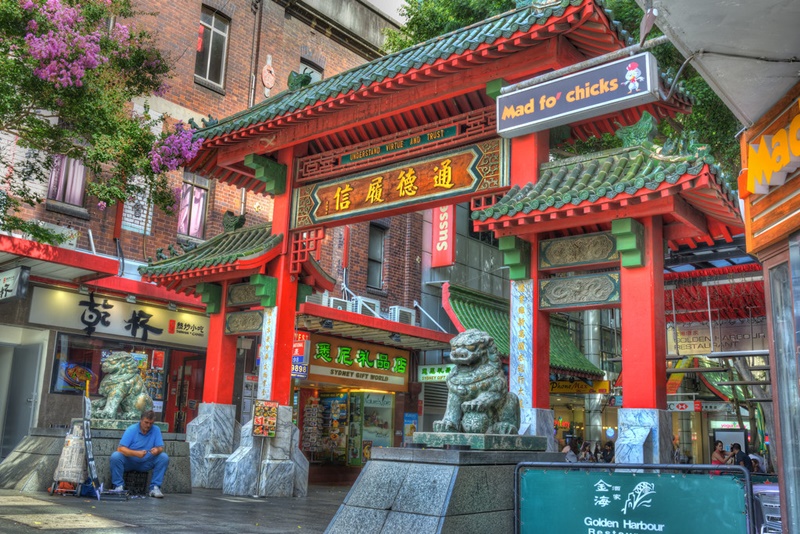 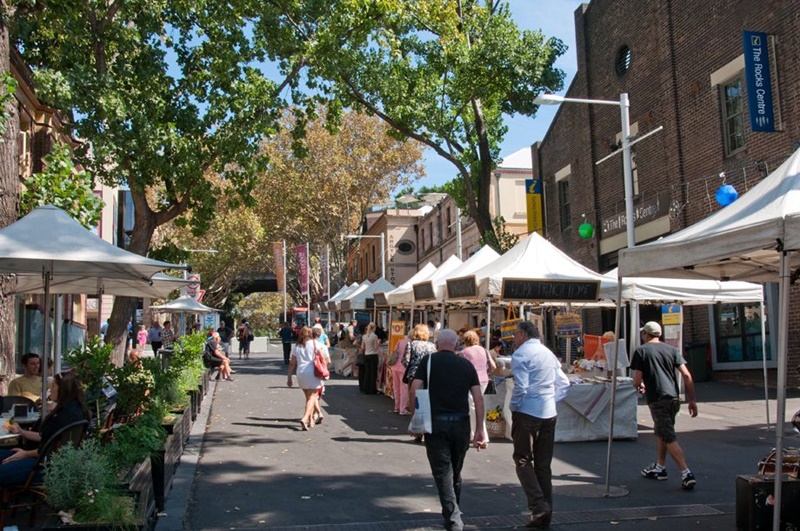 This is where European settlers chose to step ashore in 1788, making The Rocks the birthplace of modern Sydney. Discover the colonial history of this area which has been transformed from a British colony of convicts, soldiers and sailors into a thriving 21st century entertainment precinct right by spectacular Sydney Harbour.

Amble along on cobbled laneways, enjoy a cool drink in Australia’s oldest pubs, and marvel at iconic attractions – the Sydney Opera House and the Sydney Harbour Bridge. For breathtaking views of beautiful Sydney Harbour, ascend the bridge with BridgeClimb Sydney or go to the Pylon Lookout.

A wonderful way to discover the magic of The Rocks is on foot. There are markets, museums and galleries tucked into little laneways. Take a self-guided tour or join The Rocks Walking Tours. The I’m Free Tour starts at 6pm outside Cadmans Cottage, built in 1816. You can also hire bicycles and pedal around the harbour foreshore.

Capturing the colour and excitement of Asian street life, Chinatown and Haymarket offer an exciting mix of restaurants, food halls, noodle bars and quirky gift shops. Bargain shops and Asian supermarkets bring many visitors to the area and Paddy’s Markets are open daily.

Its busy streets have become a late-night entertainment precinct, with bars, theatres and cinemas pulsating into the night. Check out the Thai food and Korean cuisine that’s become well established in the neighbourhood. Chinatown is a 15 minute walk from Circular Quay.

Paddy’s Market has held a central place in Sydney’s history for over 150 years. With over 1,000 stalls in two huge locations (Haymarket and Flemington), you’ll find everything from souvenirs to sporting goods, clothes to cosmetics, footwear to fruit and vegetables, hot food to heavy metal CD’s, sheepskins to seafood, plants to pendants, crafts and much much more. 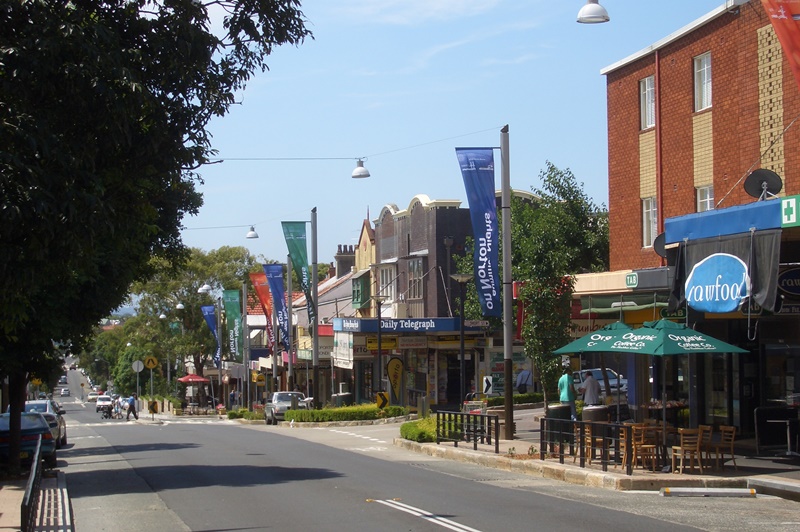 An enjoyable way to experience Leichhardt’s heritage and cuisine is on a walking tour, either self-guided or with the Italian Association of Assistance. Established in 1968, this community organisation offers three charming tours, including a heritage tour that concludes with a traditional Italian lunch.

One of the biggest events on the cultural calendar is the Norton Street Italian Festa, a splendid community festival in October. The whole street is closed off to cars and pedestrians take in all aspects of Italian culture, from the food to the entertainment and the delight in La Dolce Vita.

Art aficionados will be drawn to Art Est, a light-filled creative space in a converted warehouse that hosts classes in everything from drawing to ceramics and also has a gallery. If art is your thing, don’t miss Boomalli Aboriginal Artists a gallery which celebrates urban Aboriginal art.

Opened in 1973, the Sydney Opera House hosts more than 1,600 performances a year in its concert halls and theatres, from opera to comedy shows. Even the famous sails become a brilliant canvas for incredible digital lightshows such as Vivid Sydney, the biggest festival of light, music and ideas in the world, held in May and June.

One of the sails is illuminated daily at sunset, 7pm, 8pm and 9pm with the work of Aboriginal artists in the Badu Gili exhibition. You can also walk around the Opera House forecourt, day or night, and marvel at the unique building, which uses seawater from the harbour to power both the cooling and heating. 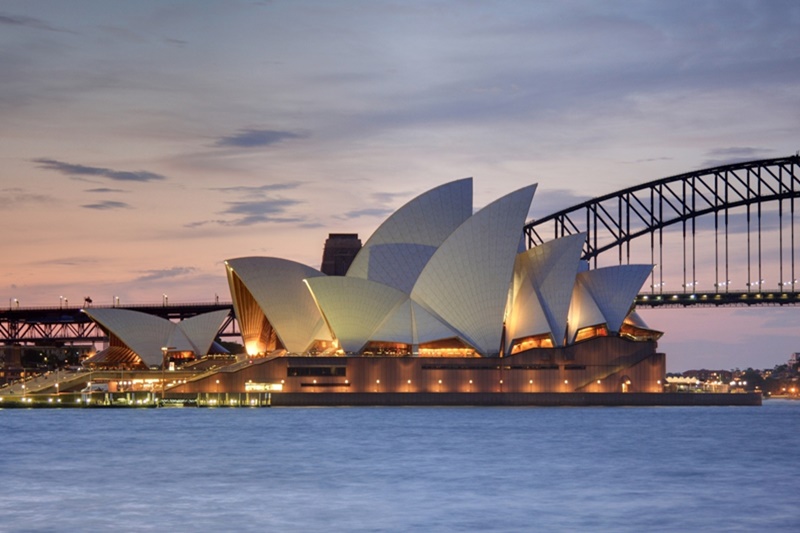 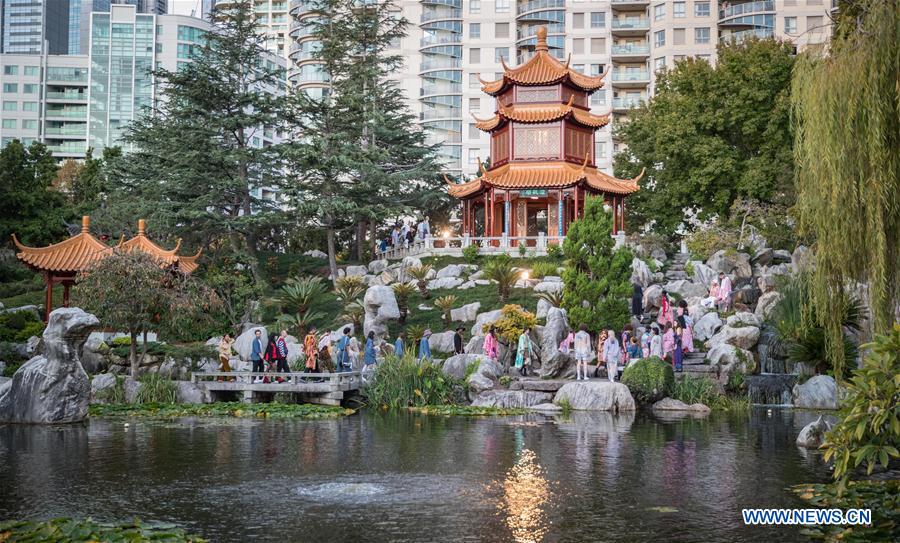 The Chinese Garden of Friendship is nestled at the south end of Darling harbour and a short walk from Chinatown. Entering the garden is like walking backwards in time into the quiet solitude of ancient Chinese architecture and it’s relationship with nature. The garden combines the elements of water, plants, stone and architecture.

Running water, towering willow trees, cool lagoons with lotus plants and large colourful fish all make this an idyllic spot to read a book or recharge your batteries. It really is something special. The garden features waterfalls, lakes, pavilions, sculptures and local wildlife such as the water dragon, koi carp and several species of birds.

Free public programs and other events, including school holiday programs, are offered throughout the year.

Located in the heart of Darling Harbour, SEA LIFE Sydney Aquarium is an underwater journey of amazing discovery with 12 extraordinary themed zones. Meander through the Jurassic Seas, Great Barrier Reef, Bay of Rays and Dugong Island (just to name a few), then, immerse yourself in the underwater world of Shark Valley, the majestic ocean tunnel walk-through.

Explore Day and Night on the Reef –a brand new Great Barrier Reef experience, the largest in the world! Walk across bioluminescent beaches, journey through jellyfish garden and meet their marine turtles in this totally unique, interactive exhibit. 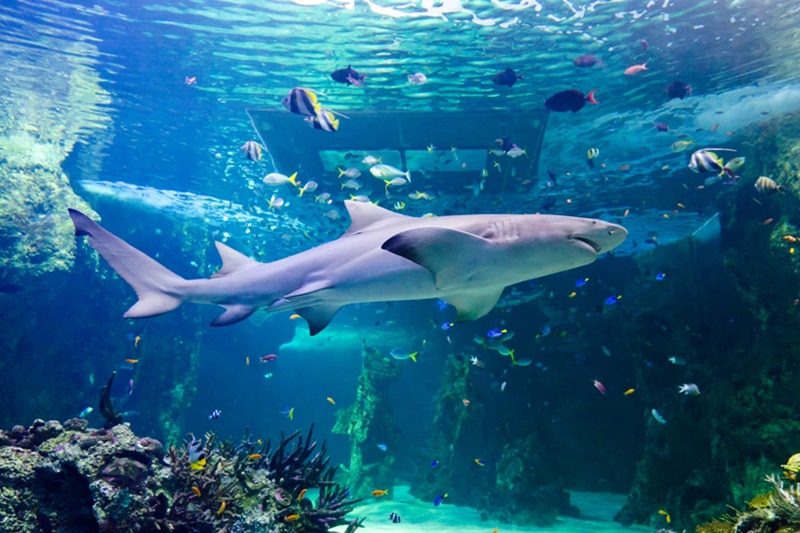 We Have A Vacancy